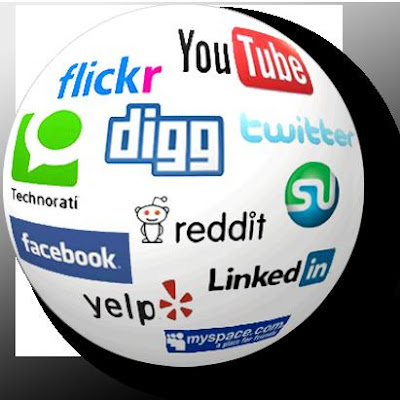 The ease of availability of social media in our everyday lives is something that many people often take for granted. For a lot of users of sites like Facebook, YouTube, Blogger, Twitter, and Digg, not to mention the myriad of online chatrooms, MMORPG's, blogs and message boards, these social media sites have become so ingrained to their daily routines that it is easy to forget that it was only a decade ago that Friendster came into the scene and changed the way that we "connect" with our friends, or that the internet as we know it now didn't even exist before it began to be commercialized in the mid 1990′s.

Truly, social media has come a long way since its early days, and the effects of these social sites with regard to the ways in which we communicate has been nothing if not astonishing. News from half a world away can be accessed with a few mouse clicks, updating your friends on your latest thoughts can be done practically anywhere through mobile phones, even shopping can be done without leaving your home. It is hard to find anyone nowadays without access to any form of social media, and because this powerful form of communication now exists, the effects of social media, and how it has recently helped shape how many historical events turned out cannot be ignored.

As an example, one of the major events in which social media has played a large part in, is what is now known as the Arab Spring. On December 18, 2010, a wave of protests in Tunisia sparked by the self-immolation of a local street vendor, the day before to protest his harassment by a municipal official and the confiscation of his merchandise, took on a life of its own. Spreading to several other countries in the Arab world, fueled by anger and organized through social media sites like Facebook, the uprisings led to the ouster of three long entrenched regimes and even the death of a dictator. Such are the effects of social media that even with the repeated attempts to quell the protests and restrict information, people still knew what was happening and were able to react accordingly.

These types of events where social media has become one of the rallying points to organize demonstrations aren't limited to the middle east alone, in the US, the Occupy Wall Street Movement relied on various social media sites such as Facebook, Twitter, and various blogs to inform people of events as they unfolded. A more recent example to how the effects of social media has changed the political playing field, being the protests of various websites such as Google, Reddit and Wikipedia, among thousands of others against the passing of two controversial internet regulatory bills (namely the Stop Online Piracy Act, and the Protect IP Act).

The power of this new medium of communication and the effects of social media in our everyday lives may be easily taken for granted, but that does not mean that it hasn't changed our world. The fact that it can be so easily disregarded is already a testament on how much it has become a part of how we live. People usually don't think about it, and even if you did, you would have probably posted or read about it online before you even realized that what you were doing was exactly the point.

Here at ElectroniConnection.com, we sell every kind of name brand electronic you can imagine at the lowest prices possible. Everything in our webstore includes Free Shipping and great customer service from our loyal employees. Come and visit us soon!

Posted by MAPLE DREAMS at 9:48 AM No comments: