Find YOUR Dream - Change YOUR Life 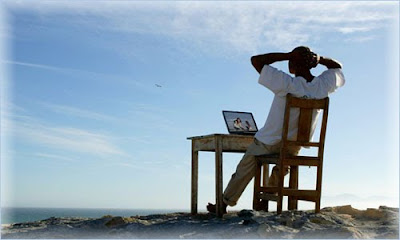 As the day wears on the waves grow larger and come faster. Each one sweeps past your feet, splashing against your toes, then your ankles. They splash upon your calves and tug at your knees. The waves keep coming, pushing against you as they crash forward, drawing you further into the water as they recede..

It's just a spark that ignites within you, a single desire that crosses your mind. You have thousands of these every day. Most never grow into dreams. You just set them aside as a passing thought with no real consequence.

But a few of these little desires grow and expand. They evolve, lifting up inside of your mind until they become a dream.

Have you ever met a person who has no dreams? Life has crushed them to the point where they forget what it's like to dream. They move from day to day in a half daze just trying to survive.

Misery sets in. There is nothing worth getting up for, and as the days turned into weeks and months the misery becomes depression.

It's a hard place to dream. Before long you don't even remember how to dream.

I know. I've been there. I've been so down I thought I would never climb from the dark whole into which I'd fallen.

Learning to dream again isn't easy. You have to nurture one of those little desires and begin...

You see it's all about taking the first step.

If you don't remember how to dream look around. I'm sure there's a thousand things you wish you could change this very instant.

Whether you are homeless or sitting in a million dollar home you need dreams.

Dive into the waves of dreams, riding their crests out into the unknown. It's going to be scary. It's going to make your mind and abilities stretch. I promise you it will not be comfortable.

But I also promise you this - Take the first step and the second will get easier.

Dreams are the beginning of everything.

Without a dream there would be no invention, no hope of ever improving yourself.

The first step to self-improvement is to have a dream.

But it has to be something you want desperately, because if it's not the fear of failure will stop you from moving forward. You will be left standing on the beach as the waves recede, leaving you with nothing but wet toes.

Finding that dream can be incredibly difficult. When you find yourself without any idea of where you want to go or what you want to do - that's when you need to dream the most.

Times are hard for many people right now. With the world at war and political upheaval across the nations it's hard to know where to look. Thousands of people are out of work, searching for a job with no end in sight.

But our country was made of dreamers.

Without those willing to improve themselves, willing to reach for their dreams, willing to fight for what they want we would not be where we are today. These men changed the course of history. They took their dreams and made them reality.

They did this by acting, but first they had to have a dream, and that dream was what propelled them on.

But first you must Find Your Dream.
Posted by MAPLE DREAMS at 10:43 AM No comments: