FOCUS - An Evolution of Success 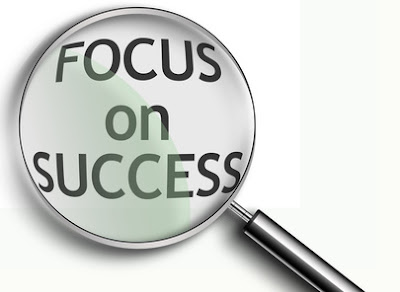 
The value of life lies not in the length of days, but in the use we make of them. Always, life remains the same but the living the difference; it is not were you live, but how you live it.

Living through each day isn't just enough if we aren't making a good living out of each day that passes us by. We've all been giving 365days in a year to make a living, but only few have truly been able to make that true living. It isn't acquiring all the success in the world but living comfortably. Those who have been deprived of wealth or being able to live comfortably in life haven't wished for it that way neither was it God's will for their lives. It has always being God's will to create men of success but not all men have truly been able to live in the reality of his will.

Focus is what a man needs to visualize and to attain his goals, thus, making the best of any situation in life.

The dictionary has defined focus as a centre of interest or activity and also the concentration of attention. The activity at which ones concentration flows together with the attention, the mind, the thoughts and the whole being of oneself onto a particular course demonstrates FOCUS. It is giving up other things to see the goal of one task being achieved.

Men who have defining goals and great ideas been set and planned for success, but failed to work-out is an impression of absence of focus. Success planned in the absence of focus leads to waste of time and energy. Also, when planning a goal or planning for success, it is very significant to couple ones motive and objectives together with a reasonable amount of focus, thus, allowing the possible positive outcomes.

Do you have a desired place to get to, or becoming what you intend? Perhaps, as an entrepreneur; you are thinking of setting the new business pace on a peak? Or wanting to become a high flying student, but having doubts if things are actually going to work out? Of course it will, if you have a good proportion of determination and focus in yourself. Remember, everything invented today was once declared impossible.
Posted by MAPLE DREAMS at 12:53 PM No comments: