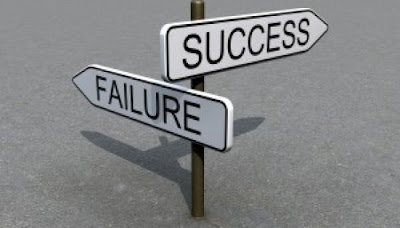 
In my post, "Ten Secrets to Attaining Success," the first secret is circumventing obstacles. No one is ever guaranteed instant success. It usually comes as the result of persistence, talent, and hard work. Truthfully, most major projects are accomplished by working around challenges. Bill Gates used to spend countless hours in a computer lab after his high school classes.

When Thomas Edison was asked if he was frustrated by his one thousand attempts at creating the light bulb, he said "I just learned one thousand ways not to do it." He adamantly pursued his dream until the light bulb was created. He didn't think of having failed, he just learned from the experience. The same can be said for his many other inventions and accomplishments.

Lawrence Welk was told by the members of his first band, "The California Fruit Band" that he would never make it as a musician. He couldn't play the accordion, lead an orchestra, or speak fluently. He decided to do short announcements on his television program because his accent was so thick; he hired other musicians to lead his orchestra, and he played the accordion only occasionally on his program. In other words, he figured out ways to work around his obstacles. His family did not back his ambitions out of fear that he may succumb to worldly ways and lose his Catholic faith. Instead, he steadfastly pursued his dream while remaining a faithful practicing Catholic for his entire life.

When Hollywood refused to give Patch Adams the proceeds from the movie "Patch Adams" he and his staff created alternate ways to fund the Gesundheit Institute. They broke ground this year, twelve years after being rejected by Hollywood. A strong sense of creativity, a love of learning, a vibrant humor, and integrate work among staff members have all made his dream a reality.

Helen Keller was blinded and became deaf when she contracted a disease at the age of two. Her whole life was centered around developing her innate strengths and overcoming her handicaps. She didn't do it alone. Her family supported her, she had a wonderful teacher in Anne Sullivan, her training at Ratcliffe was invaluable, and her strong faith in God and in the Swedinborgen movement kept her going.

When I was released from my music therapy internship in Larned, Kansas, I chose to see it as a chance for improvement, not as a failure.

With diligence, work, and a prayerful attitude, obstacles can be overcome. They can then be seen as opportunities.
Posted by MAPLE DREAMS at 1:02 PM No comments: