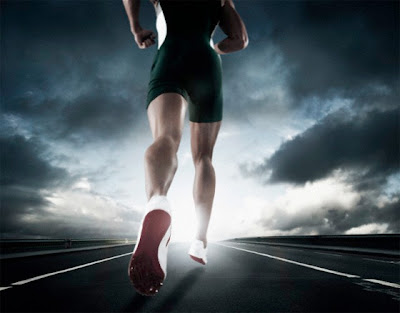 
Too many people go through life complaining about their problems. I’ve always believed that if you took one-tenth the energy you put into complaining and applied it to solving the problem, you’d be surprised by how well things can work out.

I’ve known some terrific non-complainers in my life. One was Sandy Blatt, my landlord during graduate school. When he was a young man, a truck backed into him while he was unloading boxes into the cellar of a building. he toppled backwards down the steps and into the cellar. “How far was the fall?” i asked. His answer was simple:”Far enough”. he spent the rest of his life as a quadriplegic.

Sandy had been a phenomenal athlete, and at the time of the accident, he was engaged to be married. He didn’t want to be a burden to his fiancee so he told her, “You didn’t sign on for this. i’ll understand if you want to back out. You can go in peace.” and she did.

I met Sandy when he was in his thirties, and he just wowed me with his attitude. he had this incredible non-whining aura about him. He had worked hard and become a licensed marriage counselor. He got married and adopted children. And when he talked about his medical issues, he did so matter-of-factly. he once explained to me that temperature changes were hard on quadriplegics because they can’t shiver. “Pass me that blanket, will you, Randy?” he’d say. And that was it.

My favourite non-complanier of all time may be Jackie Robinson, the first African American to play Major League Baseball. he endured racism that many young people today couldn’t even fathom. he knew he had to play better than the white guys, and he knew he had to work harder. so that’s what he did. he vowed not to complain, even if fans spit on him.

I used to have a photo of Jackie Robinson hanging in my office and it saddened me that so many student couldn’t identify him, or knew little about him. Many never even noticed the photo. Young people raised on color TV don’t spend a lot of time looking at black-and-white images.

That’s too bad. There are no better role models than people like Jackie Robinson and Sandy Blatt. the message in their stories is this: Complaining does not work as strategy. We all have finite time and energy. Any time we spend whining is unlikely to help us achieve out goals. and it won’t make us happier.
Posted by MAPLE DREAMS at 9:45 AM No comments: