What Leadership is and How to Develop It 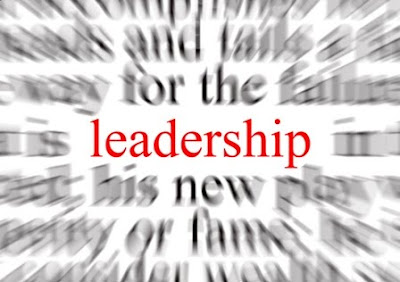 
Is figuring out what leadership is as daunting of a question as say...the meaning of life?

Or maybe you've heard this one, "If a tree fell in the woods and no one was there to hear it, would it still make a sound? "

How was Jesus Christ a great leader? Some may say it was because of his passion for service, given his selfless devotion to his disciples and all his followers. His form of leadership, originally popular in churches, has caught on in the corporate world, with several of Fortune Magazine's "100 Best Companies to Work For" now practicing it faithfully. Jesus believed leadership is stewardship. In the corporate world it's known as servant leadership.

Winston Churchill led England during one of the most turbulent times in history, World War II. England survived because of the vision Churchill helped create through his moving speeches. One such speech was his, "We will fight on the beaches..." speech delivered to the House of Commons in 1940. Churchill delivered a consistent message, throughout all his speeches, that no matter how dire the circumstances England would never give in to her enemies. In Churchill's eyes, leadership is clear vision.

Fred Smith, the founder of FedEx, first envisioned the company in a term paper while he was an undergraduate student at Yale. His time in the US Marine Corps convinced him that his business model was viable. Smith risked his entire $4 million inheritance on his fledgling startup, and soon learned the harsh realities of business when his company started losing $1 million per month. He then took a bigger risk by flying out to Las Vegas on a whim. $27,000 in blackjack winnings later, he realized good things may be just around the corner. For Smith, leadership is taking calculated risks.

These examples are far more effective at demonstrating what leadership is than any philosophical definition. When you put the elements we learned here together with influence, problem-solving, integrity, and perseverance you start to get a very clear picture of leadership, and it starts becoming quite obvious that leadership is really character. Character, for that matter, is built from living from unchanging principles.

Living by these principles helps you persevere when your dreams hang in the balance, rally your nation behind a single cause, and look fear in the eye and not blink when you know when, how and why your life must come to a tumultuous end. Character is the backbone of leadership, the backbone of principle-centered living, and the rock that will help you stay the course when the going gets rough.

Do you struggle with decisions sometimes because of all the external pressures pushing in on you? Do thoughts of winning others' approval, the cost of financial failure or your quest for perfection cloud your mind or sometimes make the decision for you? You're experiencing something very normal, but it's taking a toll on almost every area of your life, whether you realize it or not.

You have that rock solid foundation deep inside you, but it gets locked away when you need it the most. Download your free e-book, "The Human Condition", and start learning how to bring that foundation out of hiding so you can start embodying the character of a great leader.
Posted by MAPLE DREAMS at 9:38 AM No comments: