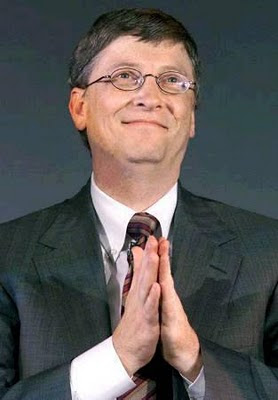 
One month during the last century, I rather presumptuously opined that "Bill Gates needs to get a life." In a monthly message as President of the local bar association, I took note of reports that Gates' number 2, Steve Ballmer, had audited Bill's last-year calendars to point out where his time was not best spent. It was safe to guess, I said, that "Ballmer did not encourage his boss to spend more time with his new kid, or in church, or reading a good novel, or writing poetry, or visiting friends.... After all, Microsoft loses money if Bill pauses to pick up a $500 bill on the sidewalk."

My point was that I and most lawyers tended, in ordering our priorities, to put quantifiable short term goals ahead of the less obvious payoffs from, for example, pro bono work or training-much less sacrificing a billable hour listening to a Mozart's Sonata for Piano and Violin in C Major. I urged all us lawyers to leaven the Gates singular focus with "serious doses of family, right-brain, and no-brain activity: learning the two-step or Irish jig; mentoring a foster child; riding a bike across America; studying the Koran; trekking in Nepal; becoming a gourmet cook."

So here we are ten years later and guess what? Bill Gates has become one of the world's great benefactors and a model to us all. The July 5, 2010 issue of Fortune, "The $600 Billion Challenge," reports that Bill and Warren Buffett have been quietly working to secure pledges by the world's billionaires to donate at least 50% of their fortunes, either while alive or through their estates. That challenge could bear fruit enriching the lives of millions for centuries to come. Already the Bill and Melinda Gates Foundation, to which Buffett is adding much of his wealth, is investing over $3 billion a year in the fight against malaria, HIV/Aids and other scourges of civilization. Meanwhile Mr. Gates, still Microsoft's non-executive chairman, makes time to drop off or pick up his kids from school when he's home, and his "family almost never misses spending Sunday evenings together.... "

In my first run at this, I concluded that "Time is indeed precious. The waste is in spending it all in one place." Still true. But also true, in spades, is that Bill Gates has a life. And is using his time to ensure and enrich the lives of many others. My apologies, Mr. Gates.
Posted by MAPLE DREAMS at 9:36 AM No comments: