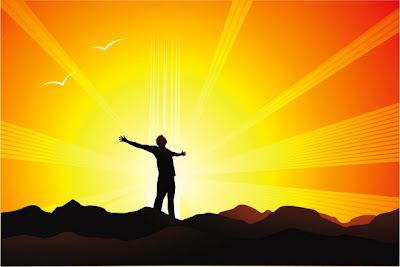 
The New Age is a term that encompasses a lot of concepts derived from diverse sources which for centuries have contradicted one another. The one term which may describe all these phenomena is the word non-normal. New Age refers to all those concepts which are non-normal to most of humanity in the current time, what Dick Hebdige called "a subversion to normalcy."

Its main concepts may be classified according to its view of God, of spirit, of man, of the planet earth, and of the heavenly bodies.

The first concept in New Age Spirituality is the absence of a creed or set of propositions to believe in. Whereas every institutional religion has a creed to stand by, like the Apostles' Creed in Christianity, New Age Spirituality does not have a creed like that. But this does not mean it has no set of ideas to offer to other people. It has. And these are concepts which are more or less common to the many streams which claim or compose the New Age Spirituality.

The second concept then of New Age Spirituality is its assertion of a God who is different from the God of established religions. The God of the established religions like Christianity, Islam, Judaism, Hinduism is a transcendent God, one who is beyond our mind to consider, whom we cannot experience by our own powers.

On the other hand the God of New Age Spirituality is a God who is one with the universe. He may be the universe itself, or he may be us and the universe. And he is not transcendent, beyond our mind and powers to experience. We can experience this God here and now by meditation, by yoga exercises, by revelation from this God himself, and even by drugs.

The third concept of New Age Spirituality is its concept of spirits. We are all surrounded by all kinds of spirits, from angels to souls of the departed. And the spiritual world is superior to the material world. We can communicate with these spirits and those spirits can influence our life, maintaining our health and fortunes.

The fourth concept of New Age Spirituality is on its idea about the human being. The human being is an untapped potential of powers. The human being can do more than what we see him doing now. He has already discovered and harnessed the powers of electricity, of computers, of instant communications. He can do infinitely more. He is spirit with infinite powers at his disposal, if he only knew how to harness these powers.

The human being is a totally free agent, therefore. And he breaks loose from the traditional restraints of society in general and of the churches in particular.

The sixth concept concerns the heavenly bodies, the sun, moon, planets, their satellites, the stars and other heavenly bodies. These heavenly bodies, according to New Age Spirituality, have a consciousness of their own and they influence lives, human and non-human, on this planet earth.

From these basic concepts flow the other concepts and practices such as yoga exercises, controlled and supervised meditation, meditative, soothing music, communicating with the dead, use of crystals in health care, mind travel to heavenly bodies, psychic knowledge of the future and of the minds of others, practice of alternative medicine, reincarnation, karma or the accumulation of good and bad merits, eclecticism in religious beliefs tending to form one universal religion, respect for women as leaders in religion, respect and reverence for ancient civilizations, emphasis on personal, mystical experience as opposed to dogmatism and ritualism of the churches, the dawning of a new age of abundance and happiness.
Posted by MAPLE DREAMS at 9:37 AM No comments: