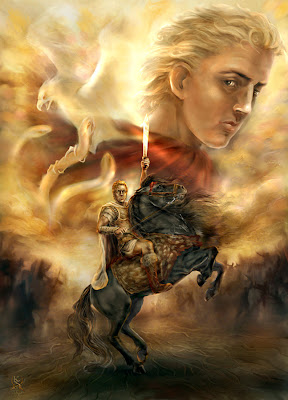 The Indispensable Quality
Dare to Go Forward
Winston Churchill once said, "Courage is rightly considered the foremost of the virtues because upon it, all others depend." Courage is the chief distinguishing characteristic of the true leader. It is almost always visible in the leader's words and actions. It is absolutely indispensable to success, happiness and the ability to motivate other people to be the best they can be.
Follow Through On Your Vision
In a way, it is easy to develop a big vision for yourself and for the person you want to be. It is easy to commit yourself to living with complete integrity. But it requires incredible courage to follow through on your vision and on your commitments. You see, as soon as you set a high goal or standard for yourself, you will run into all kinds of difficulties and setbacks.
Refuse to Compromise
You will be surrounded by temptations to compromise your values and your vision. You will feel an almost irresistible urge to "get along by going along." Your desire to earn the respect and cooperation of others can easily lead to the abandonment of your principles, and here is where courage comes in.
Stick to Your Principles
Courage combined with integrity is the foundation of character. The first form of courage is your ability to stick to your principles, to stand for what you believe in and to refuse to budge unless you feel right about the alternative. Courage is also the ability to step out in faith, to launch out into the unknown and then to face the inevitable doubt and uncertainty that accompany every new venture.
Avoid Your Comfort Zone
Most people are seduced by the lure of the comfort zone. This can be likened to going out of a warm house on a cold, windy morning. The average person, when he feels the storm swirling outside his comfort zone, rushes back inside where it's nice and warm. But not the true leader. The true leader has the courage to step away from the familiar and comfortable and to face the unknown with no guarantees of success. It is this ability to "boldly go where no man has gone before" that distinguishes you as a leader from the average person. This is the example that you must set if you are to rise above the average. It is this example that inspires and motivates other people to rise above their previous levels of accomplishment as well.
The Attack of Alexander the Great
Alexander the Great, the king of Macedonia, was one of the most superb leaders of all time. He became king at the age of 19, when his father, Philip II, was assassinated. In the next 11 years, he conquered much of the known world, leading his armies against numerically superior forces.
Lead the Action
Yet, when he was at the height of his power, the master of the known world, the greatest ruler in history to that date, he would still draw his sword at the beginning of a battle and lead his men forward into the conflict. He insisted on leading by example. Alexander felt that he could not ask his men to risk their lives unless he was willing to demonstrate by his actions that he had complete confidence in the outcome. The sight of Alexander charging forward so excited and motivated his soldiers that no force on earth could stand before them.
Action Exercises
Here are two things you can do immediately to put these ideas into action:
First, set big goals for yourself and force yourself out of the comfort zone by acting boldly - even when there is no guarantee of success. Go boldly where no one has ever gone before.Second, resolve to act quickly and decisively when you are confronted with a difficult or dangerous situation.
Dare to go forward. Practice audacity in all things. Acting with courage builds your courage and confidence higher and higher.
Brian Tracy
Posted by MAPLE DREAMS at 9:39 PM No comments: 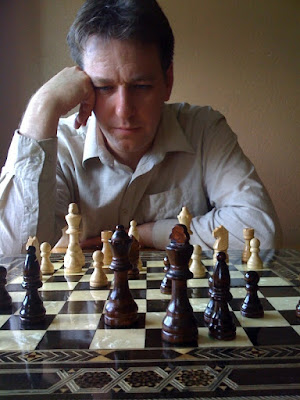 1. Jot down things that are on your mind before you study, then set this list to the side. Add to it anything that distracts you as you are studying. Take care of the list later.
2. Study at the same time each day. A regular schedule can help you frame this as “study time”.
3. Set a timer for an hour, don't allow yourself to stop studying until it goes off.
4. Take breaks. A three minute break for every 30 minutes of study is a good guideline. Take a longer break after 90 minutes.
5. Set goals for your session that are realistic (number of problems to solve, pages to read, etc.) When you have met one of your study goals, reward yourself with a short break. Then, return to your study area.
6. Study in an area away from distractions such as a library, study lounge, or an empty classroom.
7. Make sure you have everything that you need before you begin.
8. Make sure your environment is conducive to studying, no TV, no telephone, no roommate, no boyfriend/girlfriend.
9. Make studying an active process; take notes and make review sheets. Intersperse different kinds of study into one session, e.g. reading, writing, taking notes, memorizing, etc.
10. Identify how what you are studying is relevant to your life. Draw connections between things you already know.
11. Insure that you are sleeping enough, eating well, and getting regular exercise. Your mind will be more alert, and you will be less likely to fall asleep or daydream.
Posted by MAPLE DREAMS at 10:41 AM No comments: