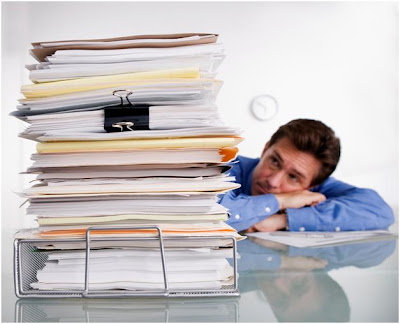 By every conventional measure, J. K. Rowling was mired in her darkest hour. Her exceptionally short-lived marriage had imploded. She had been sacked and was as poor as it was possible to be in modern Britain without being homeless. “By every usual standard,” she admits, “I was the biggest failure I knew.”

Against all odds, the spunky single mother poured her energies into finishing the only work that mattered to her—a book about a boy wizard. However, the publishing world hadn’t caught up with her genius. Twelve publishers rejected her manuscript before a small London house picked up Harry Potter and the Philosopher’s Stone. And the rest is history.

Like Rowling, in our small businesses we are all confronted with our own dark hours: equally traumatic, life-altering events. Some of us are unshakable in our belief that anything is possible if we find the courage to forge ahead. Others, however, can’t seem to escape the jaws of defeat.

Whatever their route to success, these courageous and inspiring men and women prove that taking on a truly hellish situation is not necessarily a death sentence. Bright Triumphs From Dark Hours celebrates those who are able to face adversity—and transform near-defeat into a bright triumph. And let’s face it, during this economy small business and sole proprietors are facing some very difficult times. So, what I did learn from these relentless bravehearts? Here are six lessons, exemplified by the individuals profiled in my book.

“Success is going from failure to failure with no loss of enthusiasm,” said Winston Churchill, whose life was littered with disappointments. The Last Lion, as William Manchester called him, was the dominant personality of the last century. He understood that setbacks are inevitable when we pursue a bright triumph. What set him apart was his incredible grit. To Churchill, anything was possible. Victory was always at hand. Remember his words at Harrow: “Never give in!” he told students. “Never give in, never, never, never, never!”

Like Churchill, the folks I have profiled refused to equate the occasional setback with defeat. They expected some dry spells along the way. Dark hours—let’s face it all are inevitable, and we can learn from them. Expect some dry spells—and move on.

“A leader must be a dealer in hope,” Confucius wrote. Those who can illuminate the darkness are experts at restoring people’s faith in the future, especially the faith of talented people who have run into brick walls. Even if you’re the only person running your business, you have customers and clients, vendors and sub-contractors who need to see your vision.

The golden core of leadership is the ability to raise aspirations. Transition is an ideal time to do so. Our intrepid adventurers are unflagging optimists. In many respects, this special species of leaders is “delusional,” according to veteran executive coach Marshall Goldsmith. “They are not as good as they think they are, but they have the confidence to pursue big things.”

So tune out the cynics and second-guessers who say you can’t beat the odds. Don’t let pouting pessimists rob you from pursuing—and capturing—your dreams.

“We can do as partners what we cannot do as singles,” Daniel Webster observed. Therefore, build alliances. In one example profiled in the book, New York Mayor Michael Bloomberg’s recruitment of outsider Joel Klein as the head of the city’s schools succeeded where a long line of predecessors had failed. The talented twosome—working together—used their close links to affluent New Yorkers to lure much-needed funds to their reform effort. These powerful allies, in turn, have been invaluable in helping turn around the Big Apple’s long-troubled school system.

So keep good company. Create a brain trust of people you can call on in tough times in dark hours. Share your dreams!

Make life as simple as possible. Focus on what you know you can do. Know what you’re capable of on any given day, what you can count on. Do the simple things well, and then use that confidence to forge your own bright triumph. Learn to differentiate between what is truly important and what can be dealt with at another time.

Technology giant Steve Case, now getting his second wind at Revolution, refuses to get sidetracked. He believes zeroing in on the endgame has led to his success in business and beyond. “Anything is possible,” he says, “but it all starts with having a dream and sticking with it through thick and thin.” People like Case possess a tenacity that eludes those who wilt in the face of adversity. They don’t let a few potholes in the road erode their confidence. They share a steadfast determination to secure a bright triumph.

Let new ideas take root. Explore. Rattle hidebound thinking. Chuck yesterday’s assumptions. Don’t rely on what made you successful, but no longer works. The worst baggage we can carry is the baggage from a successful past.

Set goals that are specific and attainable, then break them down into manageable pieces—one step at a time. In the process, passing each milestone builds confidence and creates momentum. Self-confidence, in turn, develops much like a coral reef—layer on layer compresses into a solid base.

Don’t lose sight of your main goal by focusing on intermediate objectives. Take a wide-angle view of the challenge. As Gary Guller slogged his way up Mount Everest one painful step at a time, he never forgot the endgame: shattering stereotypes of the disabled. Summiting the top of the world was simply part of the process.

But don’t dillydally. “A degenerative disease will not be cured by procrastination,” said management guru Peter Drucker. “It requires decisive action.” Unlike sports, you can’t call for a time-out when things get rough. You must get out of the blocks quickly.

Posted by MAPLE DREAMS at 10:32 AM No comments: