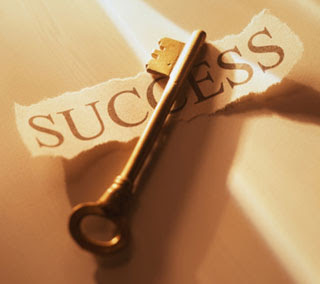 Who's Henry Sy? Is he rich and successful? If so, why talk about him? Why not just relish on the successes of Donald Trump of The Apprentice or Warren Buffet, the Oracle of Nebraska?

Henry Sy has inspired millions of people from the Philippines and around the globe because of how he built his business empire; how he created the "malling phenomenon" and transformed the shopping experience in the Philippines.

Henry was born in China. Poor and desperate at age 12, his family migrated to the Philippines to seek greener pasture. Initially, he set up a small retail store as he aimed for a better life. After World War II, he opened a few shoe stores. Inspired by his early successes, he started Shoemart retail store in 1958 and later department stores.

Through perseverance and hard work, he gradually expanded his stores to malls to capture a bigger market. When he planned to build the first mall, many people including bankers and businesspeople thought that it wasn't a good idea especially that Philippines was then going through crisis. But he followed his vision and his first mall was a huge success.

And now, Henry's companies own major banks, a real estate business, and several huge malls in the Philippines and in China. In fact, three of his malls in Metro Manila belong to the top 10 largest malls in the world.

In 2008, Forbes Magazine named him as one of the world's billionaires and the richest in the Philippines with $3.1 Billion net worth. Wow! Not bad for someone who started with almost nothing.

What are Henry's secrets to success?

Below, you'll find questions on Henry's success secrets. Read each of them carefully and provide your honest answers.

On Integrity
Can people trust you? Can you trust yourself? Do you mean what you say and say what you mean? Do you walk the talk? Do you keep your promises?

On Vision
Do you have a long-term plan? Do you see yourself or your business 15 years from now? Or 50 years from now? Have you weighed the necessary steps to achieve your goals?

On Focus
Are you fully focused in achieving your dreams? Do you make the effort to ignore distractions? Do you tactfully deal with people who waste your time?

On Passion
Do you have the burning desire to succeed? Do you like to savor success despite the hurts, frustrations, and losses? Are you passionate about what you're doing?

On Hard work
Are you willing to give extra hours to pursue a sale or to create a better product or to improve your work? Do you give your best effort in advancing your business or your cause?

On Perseverance
Do you persevere against all odds? Do you stay the course despite the negativism in your community or problems in your family? Do you feel encouraged to do better by your losses and failures?

If you respond yes to all these questions, then you have what it takes to be a success like Henry Sy.