The 4 Things No One Tells You About Entrepreneurship


The 4 Things No One Tells You About Entrepreneurship 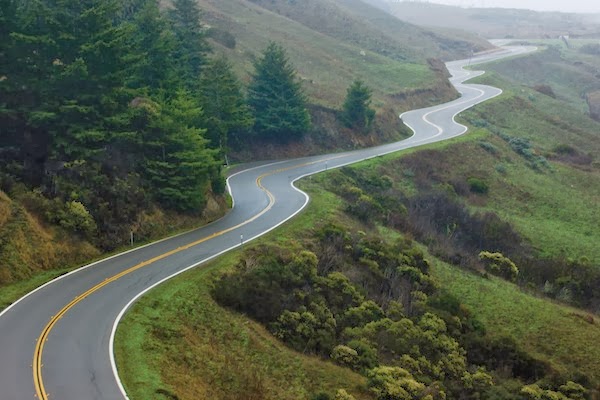 Entrepreneurship is glorified in our society today. I have enough experience under my belt to remember the “before” picture of entrepreneurship and it wasn’t always this way.

When I came out of school in the 80s, you were almost a misfit if you started your own company. Sentiment toward entrepreneurs at the time was like brackish water; they weren’t disdained but they weren’t heroes either.
However, in the mid-80s, during Ronald Reagan’s presidency, there was a very specific period of time when you had the emergence of companies like Microsoft, Apple, Oracle, Adobe and MYOB. And during that time, entrepreneurship went from the refuge of the misfits who couldn’t find a job to something that became more accepted. By the 1990s, entrepreneurship had become accepted by the mainstream and today entrepreneurs are rock stars.
he purpose of this article is not to give you the history of entrepreneurship but to share a realistic picture of being an entrepreneur that’s outside of the conversation in the popular media—the real story.  The ugly parts. Because the truth is that not everyone is meant to be an astronaut, not everyone is meant to be a doctor, not everyone is meant to be a sandwich maker and, certainly, not everyone is meant to be an entrepreneur.
Below I’ve outlined what I consider to be some of the most difficult parts of being an entrepreneur, the underbelly of entrepreneurship in an age when entrepreneurs are celebrities. I say this not to discourage would-be entrepreneurs, but to paint a realistic picture.
1) There is a sense of isolation that is really profound. We’re all used to being part of a reference group. When you’re an employee of an established business, you have your colleagues. When you’re in college, you have your classmates. And when you get involved in the community, you have fellow organization members. But when you start a business, you are truly on your own. If you’re lucky, you may have a partner or a co-founder, but that’s it. There is a tremendous sense of isolation and loneliness that comes with not having this reference group. Not a lot of people like to talk about it, whether out of embarrassment or because it doesn’t fit with the perceived personality type of a successful entrepreneur, but the sense of isolation is real.
2) Most businesses provide a lifestyle and a job, but they don’t provide wealth. For example, most restaurant owners probably take home an income that is not much greater than that made by a restaurant manager at a popular chain. That’s important to understand because we think of entrepreneurs as wealthy when the truth is that most entrepreneurs have a job and a very difficult job at that. This is another important misconception that’s not often discussed.
3) It usually takes many years to build a business. I’ve run three businesses in my lifetime: a very simple business, a moderately simple business and a very complicated business. In the first business, the “simple” one, it took me a year to make profits. In the second business, the moderately simple one, it took me about three years to become profitable. To make the third and most complicated business profitable and scalable, it took us about six years of grinding, stretching and pushing. It even took Facebook 5 years to become profitable. It is not common for a business to skyrocket to revenue and profitability. For most entrepreneurs, it takes many years to build a real company.
4) You have to manage people. When you’re running a business, you’re constantly managing, not just employees but vendors and customers as well. You’re always the bad guy, you’re making difficult decisions, and, in many ways, you’re alone with your decisions. I had a friend who ran a business and he used to refer to himself as the Grim Reaper: He was always the guy with the bad news, always the guy to find the problem that really needed to be addressed. Managing people is not easy, and it doesn’t come naturally to many people. However, it’s a critical part of being a successful business leader and entrepreneur.
If you love what you’re doing and you like business, being an entrepreneur could be a great thing. It’s certainly good for the country, but recognize that it might not live up to the picture painted in the popular media.

Brian Hamilton is the chairman and co-founder of Sageworks. He is the original architect of Sageworks’ artificial intelligence platform, FIND, which is the leading financial analysis technology for analyzing private companies and is used by thousands of accounting firms and financial institutions across North America.  He has dedicated his life to bringing greater clarity to financial statements and to increasing financial literacy among businesses. Hamilton regularly leads discussions on private company performance, the financial strength of companies preparing for an IPO and entrepreneurship in major business and financial news outlets such as CNBC and The Wall Street Journal.

Posted by MAPLE DREAMS at 7:00 PM No comments: