Do Men and Women Do Business Differently? 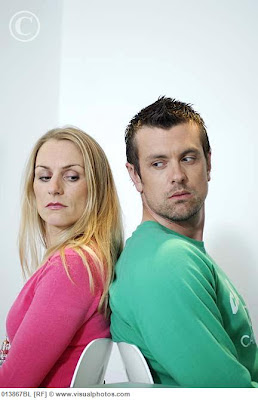 Do Men and Women Do Business Differently?

Women, Men, What's the difference? Logic and emotion. Isn't it really just all about business?

For many women leaving the corporate world and starting their own business, it is a welcome break from having to deal with the politics that often come with a large or even medium sized workplace. Workplace bullying and aggression, limited opportunities, lack of recognition and office gossip top the list for reasons women leave the corporate world.

Why we leave and start business:
On exiting, women cite work/life/balance, but the underlying reasons are disturbing. Many women do not want to admit defeat in being able to function in the mixed gender office environment. Much of the real problem lies in the different ways men and women do things.

As a woman I have worked with men most of my life - in some non traditional roles such as policing and even while acting as contractor for a house we had built. I developed a thick skin some would say and an ability to remove emotion when necessary and deal on a more logical plane when making decisions or dealing with difficult people.

But in the end, it was my policing career that best prepared me for merging the small business arena with the corporate world. I still some days struggle with it though, and cringe when I see other women fall into traps they set for themselves that undermines their ability to grow their businesses or advance in their careers because of their lack of understanding in how to survive the corporate jungle. Let me explain.

A Case Study,
A recent occurrence was brought to my attention that revealed a gap between how men handle misunderstandings and conflict between companies and even between superiors and colleagues.

In a collaborative effort two women from different companies forged a gentleman's agreement that began out smoothly enough. But timelines became tight on a project that had to be launched. Although the desired results were agreed upon, there were parts of the project that each had different views on.

A dispute between the tow- for one became personal.
When a dispute arose one of the parties involved became emotionally upset when it appeared she was not going to be able to have things done precisely as she wanted. (or as her boss wanted) In an excited state of mind she threatened to remove funding from the project. The other took a different view of the project and determined that if the timelines were not met - the project could suffer irreparable setbacks. In the end one defied the other and made a 'business decision'.

For men, this would not have happened quite this way. Although not all men are reasonable, they rarely let emotion rule so strongly unless it is for reasons of respect. When a man feels disrespected - he can have a passionate and emotional response.

When a women becomes upset - it is a natural response for her to think "how can she do that to me", and for her it becomes a personal slight against her. Disagreements between two men are often resolved without hurt feelings. Women do not easily understand this way of thinking. It's like watching two men punch each other in the nose, then laugh and slap each other on the back and head out for a beer. I have yet to see two women do anything like that!

Women connect and then have difficulty separating personal feelings and business logic.

Many women when they begin to work together connect socially and in a business sense. In fact it is not out of the ordinary to see two women give 'good bye' embraces at the end of a business deal. This connection can be a very uplifting experience for both - however can also interfere with logical thinking, especially when disputes arise.

Many women who have connected to another woman in a business relationship or deal feel that if they have a common goal they will think, feel and handle the matter in the same way. But in reality - each person still has their own agenda. Women are often afraid to disagree openly and strive always for consensus. So when a dispute arises - many take it personally.

In the end in the example mentioned above, the woman who felt 'undermined' got even more emotional and repeatedly sent emails and phone calls pleading with the other and asking her 'how could you do this too me' and sending the "I am hurt" message. This further frustrated the communication issues as the other felt she made the best decision considering all the facts. And she could not convey to the offended party that it was not about trying to hurt anyone - it was only about the viability and success of the project.

Third party solutions are often the answer
Finally a mediator was sent in to resolve the issues at hand. He was able it isolate the issues without involving 'feelings' and brought both parties to agreement. Without emotion.

Do men and women do business differently? Yes they do. In general, women bring community and demand meaning from their work. Men bring the objectivity in most cases and see things very differently. A disagreement becomes about the facts and issues at hand. In business this is true.

General Advice
In general many women could benefit from stepping back a few feet from an issue and removing the emotion from disagreements. And men could benefit by watching women develop community and passion in their work.

All of us could benefit from taking the time to learn from one another. Bring in the emotion when a goal is reached - leave it out when problems arise. Maybe that should be a plaque on the employee lunchroom wall.

Like this article? Want to keep updated on new trends, tips and how-to's to help you build a successful business? Sign up to get the Roaring Women Review and get my book "Seven Simple Principles" in e-book format absolutely FREE! (Valued at $15.95) JOIN OUR NEWSLETTER. This mind expanding, easy to read book will help you look at your business differently - preparing you for uncommon success!

Posted by MAPLE DREAMS at 9:50 AM No comments: