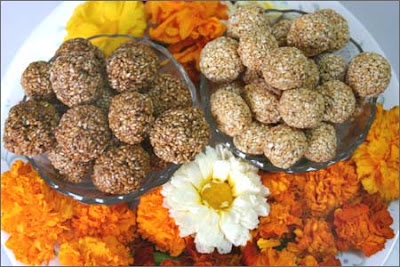 WHAT IS MAKAR SAKRANTI??

Sankranti is the Sanskrit word in Indian Astrology which refers to the transmigration of the Sun from one Rāshi (sign of the zodiac) to another. Hence there are 12 such sankrantis in all. However, the Sankranti festival usually refers to Makara Sankaranti, or the transition of the Sun from Dhanu rashi (Sagittarius) to Makara rashi (Capricorn).
For this purpose, the signs and houses of the zodiac are calculated using sidereal time, not tropical. As such it does not account for the Earth's precession. The festival therefore takes place around 21 days after the winter solstice (between December 20 and 23) that marks the starting of the phenomenon of 'northward apparent migration of the sun' or Uttarayana, literally meaning northward journey of Sun.
Considering the winter solstice marks the beginning of the gradual increase of the duration of the day. Scientifically, the shortest day of the year is around December 21–22 after which the days begin to get longer, hence actual Winter Solstice begins on December 21 or December 22 when the tropical sun enters Makara rashi. Hence actual Uttarayana is December 21. This was the actual date of Makar Sakranti too. But because of the Earth's tilt of 23.45 degrees and sliding of equinoxes, Ayanamsa occurs. This has caused Makara Sankranti to slide further over the ages. A thousand years ago, Makar Sankranti was on December 31 and is now on January 14. Five thousand years later, it shall be by the end of February, while in 9,000 years it shall come in June.[citation needed]
While the traditional Indian Calendar is based on lunar positions, Sankranti is a solar event. So while dates of all Hindu festivals keep changing as per the Gregorian calendar, the date of Makar Sankranti remains constant over a long term, 14 January. Makar Sankranti is celebrated in the Hindu Calendar month of Magha.
Makar Sankranti is a major harvest festival celebrated in various parts of India. According to the lunar calendar, when the sun moves from the Tropic of Capricorn to the Tropic of Cancer or from Dakshinayana to Uttarayana, in the month of Pausha in mid-January, it commemorates the beginning of the harvest season and cessation of the northeast monsoon in South India. The movement of the Sun from one zodiac sign into another is called Sankranti and as the Sun moves into the Capricorn zodiac known as Makar in Hindi, this occasion is named as Makar Sankranti in the Indian context. It is one of the few Hindu Indian festivals which are celebrated on a fixed date i.e. 14 January every year.
Makar Sankranti, apart from a harvest festival is also regarded as the beginning of an auspicious phase in Indian culture. It is said as the 'holy phase of transition'. It marks the end of an inauspicious phase which according to the Hindu calendar begins around mid-December. It is believed that any auspicious and sacred ritual can be sanctified in any Hindu family, this day onwards. Scientifically, this day marks the beginning of warmer and longer days compared to the nights. In other words, Sankranti marks the termination of winter season and beginning of a new harvest or spring season.
All over the country, Makar Sankranti is observed with great fanfare. However, it is celebrated with distinct names and rituals in different parts of the country. In the states of northern and western India, the festival is celebrated as the Sankranti day with special zeal and fervor. The importance of this day has been signified in the ancient epics like Mahabharata also. So, apart from socio-geographical importance, this day also holds a historical and religious significance. As it is the festival of Sun God and he is regarded as the symbol divinity and wisdom, the festival also holds an eternal meaning to it.
Posted by MAPLE DREAMS at 4:40 PM No comments:

How to Eliminate Your Victim Mentality 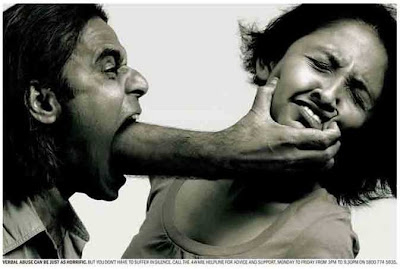 How to Eliminate Your Victim Mentality
By Kristin Hutchings

Do you feel like a victim in your life? Well, you if you do, you are not alone. When you have a victim mentality you feel as though you cannot succeed no matter how hard you try and that everything and everyone is against you. Feeling like this can be very frightening as it keeps you stuck. You feel trapped and helpless and believe you have no control over your life. Your thinking patterns are likely to be negative and very pessimistic. There is also a strong chance that self-pity and sadness are familiar features of your life.

Believe it or not, having a victim mentality is attractive to some people because they believe it holds several benefits, such as not taking any risks in life and therefore not failing at anything; generating pity and attention from other people; not having to work hard in order to take responsibility for their lives and having a victim mentality can also feel safe, simply because thinking in that way has become a habit and "normal".

In order to eliminate your victim mentality you have to realise the pay-offs for retaining that frame of mind and also know that it is a woefully poor substitute for a full and successful life. This is a very important first step to change. It is also important to be consciously aware of your thinking patterns and replace your negative thoughts with positive affirmations. Our thoughts create our feelings, so it is vital that you start to retrain your thoughts so that they are beneficial to your self-esteem and are encouraging and motivating.

The next step is to begin to take responsibility for your life. This means letting go of blaming others for our present situation. It means being accountable for your life and not handing control over to someone else. Taking responsibility helps to build a sense of inner strength and you cease to search for your validation from other people. They will no longer have such a strong influence on your thoughts and feelings.

Another way to eliminate your victim mentality is to take a moment to put your problems and fears into perspective. Comparing your predicament with people whose lives are much harder and less fortunate than your own is an excellent wake up call for your victim mentality. Gaining a sense of gratitude for the many blessings in your life is essential for appreciating the many gifts you have.

Gratitude may seem like a hard task in view of our past hurts, especially if we have been treated badly by people we loved and trusted. However, allowing ourselves to focus on betrayals and cruelty only serves to keep us stuck in a victim mentality. In order to break free from this we need to learn to forgive. Remember that forgiveness does not necessarily mean we condone others' actions against us. We forgive primarily for ourselves, not for others. Forgiveness releases us and unburdens our soul and it severs the link we hold with the person who treated us badly. Their power over us is broken. Forgiveness is vital if we wish to eliminate our victim mentality and move forward in our lives.

Victims very often turn their attention inward, narrowing down the focus of their life to the point of self-fixation. It is far better to start to turn your attention to the world around you and ask yourself what you can do to make it a better place and what you can contribute. There is a multitude of charitable and good causes that are crying out for help. Helping other people is a fantastic way to not only do something worthwhile but it's also a great way to feel wonderful about ourselves. When we help people in need we receive far more in return than we give. How you behave and act towards other people has a strong effect on how you treat yourself. If you treat others with kindness you are likely to treat yourself with the same thoughtfulness. Eliminating your victim mentality also requires that you are kind to yourself. Congratulate yourself for each day you take control over your life. There will still be days when you feel like a victim, but as these lessen you will see how much fuller and satisfying your life is and you will realise also that you have so much to offer to the world.

Increasing our confidence is essential for our emotional well-being. For a step by step guide on how to boost your self-confidence and banish negative habits such as a victim mentality, please visit http://socialselfhelp.wordpress.com/ and download the no-cost video.