How to Be a Better Listener - It Can Change Your Life! 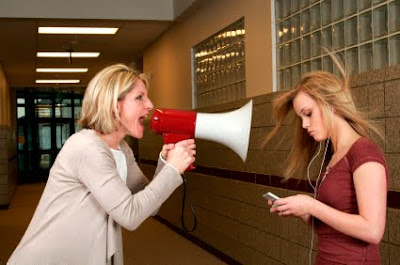 How to Be a Better Listener - It Can Change Your Life!
By Joseph Malinak

"He won't just listen! He has to try and fix everything! I don't need him to fix the issues I have with my friends...I need him to listen. Why can't he just...listen?"

Do you recognize that rant? If you are a man or a woman who has ever been in a romantic relationship of any length, chances are you have either heard or delivered those kinds of words. Of course, "He won't just listen," depicts a particular power struggle women find themselves in when they just need to be heard and the men in their lives want to do the manly thing and fix the problem.

Honestly, though, women are not the best listeners either! There are times, especially in their relationships with each other, that women try to be such good active listeners that they continually interrupt the person who's talking. Because they are not really listening, they make incorrect assumptions about what's being said and the person sharing has to slow down and defend herself rather than simply be heard. If they could just be still and listen, instead of trying to anticipate or even fix what isn't broken for each other, their conversations would be much more meaningful and rich.

I have discovered a pathway to better listening that can change your life. I guarantee it works for both women and men. It works for women because it's right up their avenue of relationship expertise. I know it also works for men because it has worked for me. The respect in my wife's voice when she notices my improved listening skill makes me a happy man! This pathway to better listening is simple yet profound, requiring patience and discipline.

The pathway to better listening lies directly through the feelings you experience when you listen. Let's use the typical listening power struggle that occurs so frequently between women and men.

Stanley and Iris are a working couple who have just come home from a hard day's work. They've only been married a few years but have created an after work plan that more or less takes care of both of them. For the first hour they're home, Iris gives Stanley space to relax, chill, and do nothing. In that hour, she changes clothes, putters around the house, and begins a meal. She'd rather talk to him but respecting his uniquely masculine needs, she does the next best thing and goes into nesting activity around the house. Besides, this agreement isn't one-sided. Stanley will not only clean the kitchen after supper, while Iris puts her feet up, when his hour of repose is over, they share the details of their day with each other.

The plan works for the first hour they are home and it works for the rest of the evening most days of the week. But when Iris has had an especially troubling time with her boss or a fellow employee at work, things get sticky. It is at this point that Stanley just knows he has the answer Iris needs to fix her problem.

If Stanley could stop himself from giving advice and feel his feelings as she continues to share, he would learn to recognize that his need to interrupt and fix her stems from the discomfort he feels as a result of Iris sharing something he has no direct influence on. It makes him nervous and anxious to hear her go on and on about a problem not directly related to him. It makes him feel as though she's vulnerable to harm out there on her own. And because she doesn't handle the problem the way he would, he experiences anger with her because, from his perspective, her choices make her even more vulnerable.

The commonality is that one's feelings drive the energy to interrupt and either fix, rescue, or defend rather than just listen. This is why the pathway to better listening lies through the feelings. As you put your attention on your feelings and deal with your own discomfort; you, first of all, listen better because you can't talk and put your attention on your feelings at the same time. Going back to Stanley and Iris, this gives Iris more time to share or vent her experience of her day.

As his feelings diminish, Stanley has a whole new attitude with which to listen to and appreciate Iris. It means he can more likely, at a time when Iris has shared enough to feel listened to, be able to ask her a question like, "May I make a suggestion?" Because she has been able to express herself fully, that question spoken in an even tone of voice shows interest in her, making her feel heard. With Iris's affirmative response, Stanley can gently offer his suggestion based on his logic and reason with the real possibility that she will, in fact, be able to hear him.

With patience and self-discipline, you can master the art of listening better by paying attention to and addressing your feelings as you listen. As you become a better listener, those you communicate with will likely become better communicators and listeners as well by the example you set and because you make them feel truly heard.

Joseph Malinak, owner of Creating Ideal Relationships, LLC, and co-author of "Getting Back to Love: When the Pushing and Pulling Threaten to Tear You Apart," is a relationship compatibility expert. Making use of his credentials as both a Jyotish Astrologer and Magi Counselor of The Cards of Your Destiny, he is uniquely gifted in helping people handle compatibility issues. Visit http://www.JosephMalinak.com for more information on how you can benefit from a compatibility consultation.