How to Convince Someone to Change His Mind 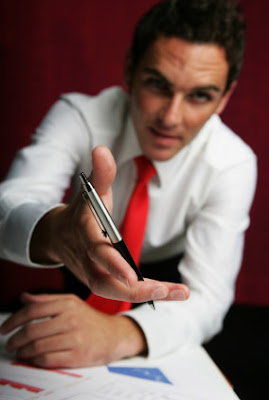 How to Convince Someone to Change His Mind
By M. Farouk Radwan


How to change someone's mind

During our lives we encounter many situations where we become in need to change someone's mind about something.

When someone refuses to change his mind about something it doesn't mean that he is stubborn or annoying but it simply means that somewhere in his belief system there is something that is preventing him from believing you.
In order to be able to change someone's mind about anything you need to understand how he thinks, what he believes in and how you can insert your ideas into his belief system with minimal resistance. In this article I will tell you how to do all of this.

Here is a step by step guide to changing someone's mind about something:

• Throw the bomb: Start by saying your argument directly, clearly and briefly. For example "What you did yesterday was wrong"
• Draw a map of the defense lines: As soon as you oppose someone's beliefs he will start to argue by giving you many reasons for his actions. At this point you must remain silent and record what says into your mind. I call these arguments defense lines because as soon as you penetrate them you will easily change the person's mind
• Debunk his arguments one by one and in the same order: The mistake lots of people make while trying to convince others is that they focus on the main point without understanding that if they managed to get rid of many arguments the other person gave the way to convince him will be opened.
• New arguments might appear and that's normal: If you Successfully managed to reply to his arguments he might dig deeply into his mind and find the final one or two arguments he has. At this point you shouldn't lose hope but instead you should know that he is running out of arguments and that he is now using the strategic reserves.
• Reply back to the final arguments: Again you should reply to his final arguments by giving valid reasons that proves them wrong
• Repeat your beliefs and its over!!: As soon as he tells you "I don't know" or "I am not sure" repeat your main idea again many times and he will believe in it. For example "You know it is wrong, why did you do that?"
Things that can help you to change a person's mind
Of course the process is not that simple and you won't be able to convince someone that his arguments are wrong unless you sound really convincing, this won't happen unless:
• You give solid proofs: After all the other person needs stronger evidence than the ones he has in order to believe you
• Back your arguments by facts: Use statistics, numbers, research findings or even quotes from authoritative figures to sound more convincing.
• Use social proof: Let the person feel that he is odd but giving him examples of many other people who have opposite beliefs. The social proof theory states that at the time of confusion people tend to stick to what the majority is doing
• Repetition: the more you repeat your argument the more convincing it will become. If you managed to let another friend repeat the same argument then your probability of changing the person's mind will become much higher.

Finally changing someone's mind is all about removing the obstacles he is holding in his belief system one by one then repeating your idea over and over.

http://www.2knowmyself.com, The ultimate source for self understanding