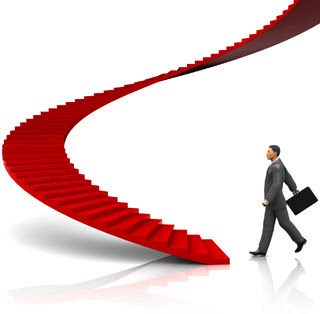 By Rick A Conlow

It takes a winning attitude to achieve a winning performance. Are you up to the task?
The parable of the contented frog illustrates the obstacles we face in winning. If you boil a pot of water and drop a frog in it, guess what happens? The frog quickly jumps out. However, if you put a frog in a pot of cool water and then slowly heat the pot up, guess what happens? The frog boils to death!
How often do people become contended where they are at or with what they are doing? To win we must be willing to change. To win we must be willing to look bad (by trying new approaches or ideas to look even better).
Do you want: More success in your job or life? More recognition? More profit? If you do, read on. Get more motivated to be all you can be with a winning attitude. In fact, Tom Watson, the founder of IBM, created a world giant of a company with a winning attitude and performance. He believed strongly that people learn to win.
Possibility
This is the first characteristic of a winning attitude. Dr. Viktor Frankel declared, "Man's ultimate freedom is his ability to choose his own attitude." Are you choosing a winning attitude?
Positive over negative
Strength over weakness
Success over failure
Persistence over despair
Possibility over problems
Yes over no
Winning over losing
Dr. Andrew While said most people look at the world and see imminent disaster. It seems natural to think negatively; the more people do, the more they think it is the right way to think.
Winners think of possibility. They seek solutions and strive after goals. Instead of GIGO (garbage in, garbage out) they work at PIPO (positive in, positive out). Positive thinking is a lot like the game of golf. Just when you think you've perfected the game, you shank a shot. Positive thinking must be worked at day by day, every day.
Winners in sales, management, customer service or any career seek an edge. They are never 50% better than competitors. Success comes by being 1%, 2%, 3% better by seeking the positive not the negative in all situations.
Persistence
You may be saying, "Who are you to talk?" You don't know me or what I've been through." And that's right. Yet I do know winners have persistence. Abe Lincoln once wrote, "I am the most miserable man alive, whether I'll make it, I do not know." Yet he did, didn't he? He persisted.
Helen Keller had a few bad days, but she kept on keeping on. Beethoven wrote his best work while in debt to his creditors. Handel composed the Messiah while he was deaf. Mike Tyson was a juvenile delinquent but became the heavyweight champion of the world. Then he lost it all and resurrected his life and career. Socrates was bald, fat and ugly. However, he is labeled as one of the greatest philosophers of all time.
What is the secret of persistence? It's between the lines in these words by William Henley: "It matters not how strait the gate or marred with punishments the scroll, I am the master of my fate: I am the captain of my soul."
Pride
All winners have pride! A sales survey of top performers indicated their best attributes included their pride and ability to work hard. In other words, they wanted to win and they did.
Don't be like the little girl who wrote the following letter: Dear Miss Harper: My mother said if I wanted to be good at the piano that I should work hard, practice long and apply myself. That is why I'm writing this letter; I decided to quit the piano. Your student, Susie Thompson.
All excellence is equally difficult. Work hard! Practice long! Apply yourself! You'll win more success, recognition and profit in your career.
"I have a vision that soars on golden wings. I visualize of your achievements and legacy that sings. I do not know all about your awesome goals or persistent efforts to raise the bar. I only know you are the best a superstar!" May those words inspire you to a winning attitude.
Posted by MAPLE DREAMS at 12:20 PM No comments: