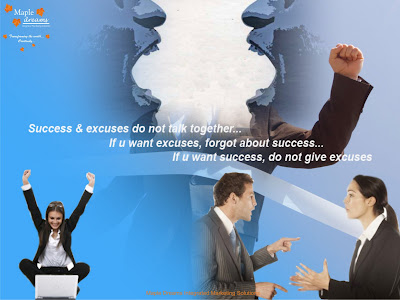 Posted by MAPLE DREAMS at 10:01 AM No comments:

How to Create Higly Effective Teams 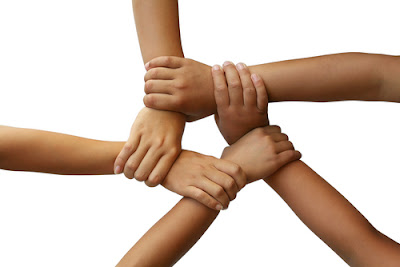 Throughout his career, an entrepreneur faces many challenges. One of the biggest tasks for an entrepreneur is to build an effective team and keep it intact. In this real world, teams come together and break, sometime due to inefficiency of the system within the organization, and sometime due to team players not getting along well. Undoubtedly, there will be ups and downs, but an intelligent entrepreneur will always try to make the most of his team.

An interesting blog posted at Harvard Business Review written by Linda A. Hill is the Wallace Brett Donham Professor Business Administration at Harvard Business School. Kent Lineback spent many years as a manager and an executive in business and government. They are the coauthors of Being the Boss: The 3 Imperatives for Becoming a Great Leader. In this post, they raise a valid question:

Are the people who work for you a real team?

Managers would agree with their view that most teams are just bunch of people working individually in a group, but not every group is a team! The reason given by Linda and Kent is that entrepreneurs and managers do not pay attention to collective performance!

The second question asked by the authors is:

What is a team and what makes it potentially such a valuable instrument of leadership? And the explanation to this question is: A team is a group of people who do collective work and are mutually committed to a common team purpose and challenging goals related to that purpose.

Having said above, the question remains - What are the key ingredients that help an entrepreneur build good teams and keep them intact?

Perhaps the most important ingredient is the creation of "Teamwork Culture". This can be done by creating collective work plans and objectives. So instead of starting at an individual level, these two should be developed based on a bottom-up approach. This will encourage individuals to look at the bigger picture and place their contribution in creating this "Picture".

The other most important ingredient is "Team Rewards". Instead of rewarding individuals for their performance, consider adapting a team reward approach. Some would argue that this approach discourages "Start Performers", but they often forget that the share meaning of teamwork is the utilization of individual capacities to achieve common objectives.

Posted by MAPLE DREAMS at 9:55 AM No comments: