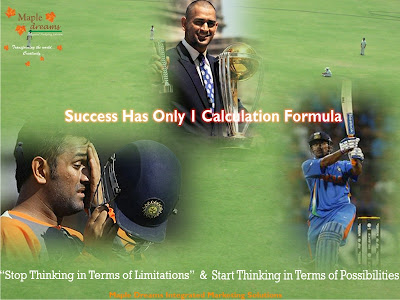 Posted by MAPLE DREAMS at 10:02 AM No comments: 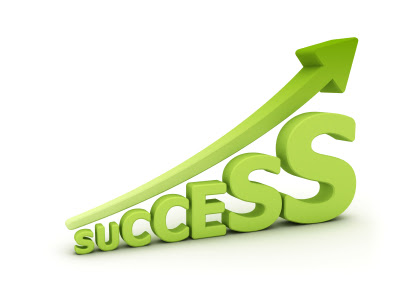 
When Napoleon Hill asked Andrew Carnegie the source of his success, Carnegie first asked that Hill define what he meant by success. When Hill's response centered around financial success, Carnegie told him about the Master Mind Group which provided a wealth of knowledge, skills and power. Carnegie's request that Hill elaborate implies there is more to success than financial gain.

As I've worked with people over the past 35 years, I've noticed that whether or not they are happy revolves around their personal values. Those values are the guidance system of what they do in life. For example, a man I know who is very capable at what he does was laid off because he wouldn't compromise his values. Basically, he wouldn't lie or stretch the truth. His boss, who laid him off, pretty much told him that when times are tough you have to use any cut-throat means available to you to make money. Because the employee disagreed with certain strategies, he was laid off.

At the moment I'm reading an adventure novel in which one of the characters did something he never thought he'd do. He compromised the security of several thousand people and allowed terrorists access to a ship. The terrorists forced the man to do this, not by offering wealth, but by kidnapping his wife and daughter and threatening them with a slow and painful death if he didn't comply. This husband and father did all he could to save his family. He gave in to the demands of the terrorists. The man's values focused on his family, not on the safety of several thousands of unknown people that would be endangered.

Discovering What You Value

To be a success you must first know what success means to you. For many, it is difficult to figure this out. There is a rather simple way to discover for you what you value the most. List all the people, things and accomplishments you have or want in a column on paper. Which one is most important to you? Just looking at the list can be overwhelming. Begin with the first item on your list. Compare it to every other item by asking the question, "If I had this but not this, would I be happy?" Which of all those people, things and accomplishments is number one for you? That is what you value most.

When you know what is most important to you, then life decisions are easier to make. For instance, if your family is more important than a particular job, and the hours of the job jeopardizes your family, you change jobs. I know a man who did just that. The amount of travel was causing severe difficulties in his marriage. He could have the marriage or he could have the job. He took a 33% pay cut to save his marriage. He and his wife agreed to downsize their house so he didn't have to make as much money to support their previous lifestyle which was killing their relationship.

The little exercise to discover what you value most will provide you with guidance as you make your way through life. It also assists you in discovering what true success is to you
Posted by MAPLE DREAMS at 9:55 AM No comments: