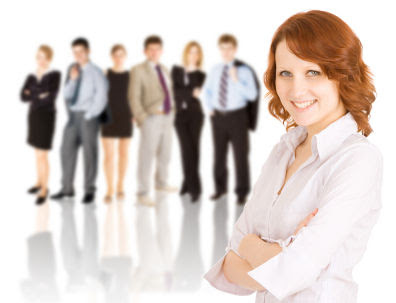 
Leadership is as much an art form as it is a science. Most experienced leaders would acknowledge that there are no simple prescriptions or formulas that work in every situation. Leaders need to lead within the context of their organization and operating environment. This means that they must assess each situation and make choices about the best way forward. Nevertheless, there are some basic principles by which every leader can operate. Here are six leadership imperatives:

1. Don't lie or cheat: This is an imperative for every leader. Leaders who lie or cheat will rapidly undermine the confidence of those they are trying to lead because it breaks their common bond of trust. Once the trust relationship is destroyed it is almost always fatal to the leader. Just look across the political landscape and you will find many examples where corrupt politicians, regardless of political party, were forced to resign their position once they were caught lying or cheating. Perhaps there is no more famous example than that of former President Richard Nixon who resigned after his involvement with the Watergate burglary cover-up was exposed.

2. Admit mistakes and move on to fix them. No leader ever makes correct decisions one hundred percent of the time. They make the best decisions possible on available information; however as new information becomes available or the circumstances change, their prior decisions may appear to be a mistake. When mistakes occur, regardless of the reason, the best course of action for a leader is to admit the mistake and move on to fix the problem. In most cases, people will understand that mistakes happen, and if they are not fatal, then generally they can be reversed by a subsequent decision based on new evidence. Rather than continue to pursue a failed course of action based on a bad decision, leaders who admit mistakes and move on will retain the respect and trust of their followers.

3. Be guided by principles, not ideology. Most leaders will have a leadership perspective guided by their beliefs and principles. This is a good thing; however, if leaders are blinded by their principles to a point of an inflexible ideology, then they will not be open to opportunities and different points of view. The best leaders are principled, but are also flexible in their approach.

4. Listen to voices outside your inner circle. Most leaders rely on trusted advisors to help them with their work in leading an organization. Leaders may often select subordinates who think the same way that they do. While this can be useful in many ways, it can also be a problem when leaders are only provided with a limited perspective on issues and solutions. Great leaders encourage different points of view. They want to hear about their options in solving problems and addressing issues.

These six leadership imperatives are keys to success for every leader. Leaders can use different styles, and exhibit different personalities, but every leader must abide by these basic leadership concepts.

Posted by MAPLE DREAMS at 9:44 AM No comments: