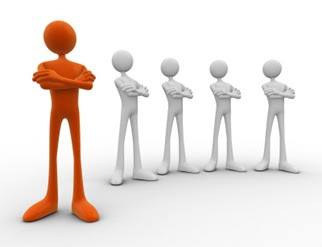 
One of the early assignments for any leader is that of "team leader." Often this is the first formal organizational position for leaders. Most experienced leaders will remember well the first time that they were responsible for a team of people. If they were promoted from their peer group, they may have experienced some challenges bridging into their new role as a leader rather than just one member of the team. Those who are assigned to a team from the outside will face challenges of getting to know their team members and vice versa. Regardless of whether they are promoted from outside or from within, new leaders will be challenged to deal with different personalities and meld them into a cohesive operating unit. So, what are the qualities of a successful team leader that enables them to build a high performing team? Here are a few of the most essential:

Visioning: Effective team leaders need to establish a clear vision for the future, one that can challenge the team. In many cases, the team's mission will be set by the larger organization to which the team belongs; however, most team leaders will have some ability to decide how to accomplish their mission in the best way for the organization. As a minimum, a leader can establish a vision that challenges the team to be the best within their organization or within their industry. Setting a clear vision is one way for a team leader to get everyone working together towards a common goal.

Delegation: Team leaders must be good at delegating. Some leaders try to lead their team by being the most productive member of the team, a "pace-setter." Although a "pace-setter" style for leading a team may work in some limited circumstances, team leaders must get work done through their people rather than doing it themselves. During a period of high volume or crisis, the team leader may need to jump-in and do some work alongside everyone else; however this is not a long-term successful leadership style in most cases. Thus, they must be good at the art of delegation.

Engaging: Successful team leaders must be able to engage their people. The old adage holds true: "people don't care how much you know until they know how much you care." Leaders must get to know everyone on their team, and engage them as people. They need to make sure that everyone on the team is assigned to the right position and that they have what they need to accomplish their job. They can only do this by getting to know every member of the team to understand their strengths and weaknesses as well as their needs.

Communicating: Successful team leaders are also good communicators. They know how to express themselves and make their points understood. They are also good listeners because effective listening is also part of being an effective communicator. Team leaders who learn communication skills early in their careers will be able to use them as they advance into broader leadership roles.

Problem solving: The best leaders are also effective problems solvers. They know how to analyze issues, listen to possible alternatives solutions, and implement fixes. They implement solutions so that their team can function without barriers to high performance.

Decision-making: Effective leaders also are able to make timely decisions. They are able to identify and assess the issues, relevant options, and make a decision based on available information. When decisions are not made in a timely manner, then the team cannot function at a high level since team members are usually waiting for a decision so that they can move ahead. Thus the best teams have leaders that can make timely decisions.

Coaching and mentoring: All successful team leaders are also good coaches. They mentor their team members on performance and personal development. All good leaders, regardless of their positions, understand that one of the key responsibilities of leadership is to prepare people to move up into positions of more responsibility. Thus, leaders should be developing their people not only so that they can perform better as a team, but also because they should be grooming someone to take over the leadership role in the future. Whether it is through voluntary or involuntary departure, or a crisis, all leaders will need to be replaced at some point, and it is the responsibility of a good team leader to prepare for this eventuality.

Acting with integrity. Successful leaders can be counted on to tell the truth and be a living example of their team's core values. It only makes sense, that if a team leader does not exhibit the core values, then why would they be able to hold the others on the team accountable for their behavior? Thus, team leaders, like all leaders, are able to build trust with their people by acting with integrity. This is perhaps the most important quality of any leader.