A Positive Attitude Is Your Decision 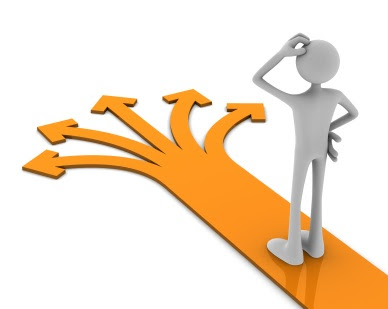 
Dr. Wayne W. Dyer has written, "Be miserable. Or motivate yourself. Whatever has to be done, it's always your choice." I'm sure all of us have heard similar advice numerous times over the years. However, in most cases, we continue to often be our own worst enemy, because we develop an attitude that is often counter to our own best interests. There are many situations and examples that demonstrate how significant a positive attitude is to our own achievement.

1. A student continues to have difficulty in a particular subject matter. The logical approach would be for him to study harder, get extra instruction or tutoring, and devote the extra time and attention that he needs to succeed. Unfortunately, most people spend more time fretting their situation, and concerning themselves with their"impossible" situation, than actually doing whatever is necessary to improve the situation. Often we hear these individuals adopt a mindset that they might as well not study hard, because they're going to fail anyway. The reality is, of course, that in most cases, they can either think they will or won't, and either way they will probably prove themselves right. Negative self talk in almost always both counter productive, as well as personally destructive.

2. An athlete has to compete against someone who is considered one of the top performers in that particular sport. Invariably, many people "psych" themselves out, and put negative thoughts in their head, and thus do not even put up serious competition by "coming with their best game." On the other hand, the greatest athletes, such as Michael Jordan, always want the ball in their hands when the game is on the line, because they possess that unbeatable attitude.

3. An event organizer can look at the challenges and obstacles that face him in putting on a great event, and only see reasons and excuses for failing, often coming up with ready- made excuses in advance. When the event is not successful, he explains to himself and others that "he didn't have a chance." On the other hand, a true event professional with anticipate the challenges and obstacles, and plan all details, as well as plan thoroughly for any contingency. These back- up plans are often the difference between success and failure, and much of this begins with attitude.

4. A leader can dare to have the courage to face the challenges that invariably occur, and be as prepared as possible, and put forth maximum effort. The individual who merely is a leader in title only often "runs away" from challenges an conflicts, and thus attains little real success.

In most cases, success or failure stems from one's attitude. Those with positive attitudes motivate both themselves and others to far greater heights and thus achieve infinitely better results!

Richard Brody has over 30 years consultative sales, marketing, training, managerial, and operations experience. He has trained sales and marketing people in numerous industries, given hundreds of seminars, appeared as a company spokesperson on over 200 radio and television programs, and regularly blogs on real estate, politics, economics, management, leadership, negotiations, conferences and conventions, etc. Richard has negotiated, arranged and/ or organized hundreds of conferences and conventions. Richard is a Senior Consultant with RGB Consultation Services, an Ecobroker, a Licensed Buyers Agent (LBA) and Licensed Salesperson in NYS, in real estate.
Posted by MAPLE DREAMS at 9:45 AM No comments: