If You Don't Respect Time - You'll Never Have Enough of It 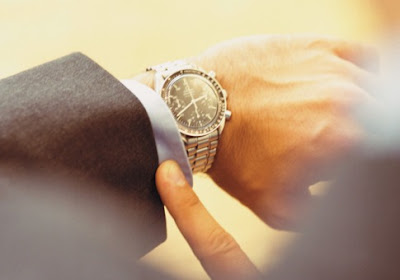 
Have you ever asked someone what they were doing, and they replied to you; "I am just killing some time." I'd like you to think about that for a second and understand how unfortunate it really is. People actually believe that sometimes it is necessary to kill time while anticipating and waiting for a certain event coming up in the future, and they have completed whatever other tasks they think they should be doing. The reality is if you are not doing something, you should be learning something, or you should be thinking.

Anytime you are awake you should be using your mind for a positive purpose, never killing time, or finding something that will keep you busy, such as watching mindless television shows, or just sitting there vegetating. You see, if you don't respect your time, you'll never have enough of it. It is amazing how many people look at some of the things I've done in my life, and they ask me; "don't you ever sleep?" Of course, I do, along with everyone else on this planet. In fact, I probably sleep more than the average person I'd say.

Time is a lot like money, and many people say that; "time is money" and in many regards that is true. After all people trade their time for money, and then they use their money to free up time from medial tasks, often to make even more money. I am quite certain you understand that scenario. I'd go so far as to say that if you don't respect time, you probably don't respect money, and if that is the case you will probably never have enough of either of those. And there is really no one to blame for wasting your time, or wasting your money, if you fail to respect time or money, than yourself.

Perhaps you might start a conversation with someone that could lead to something great in the future. You never know, but you should be thinking positive about time management, and never consider the need to kill time. It is my sincere hope that you will please consider all this and think on it, because time is a terrible thing to waste, it shouldn't be killed.
Posted by MAPLE DREAMS at 10:05 AM No comments: