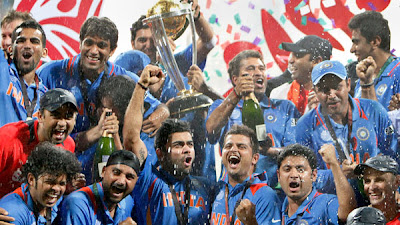 
To be a success is not always to be a success individually. In fact, most of the time we achieve our successes as part of a team. That is why I want to devote this issue to the secrets of successful team.

We are all part of teams. Our family is a team. Our place of work is a team. The community groups we belong to are teams. Sometimes we are the team leader or “coach,” while other times we fulfill the role of follower, or “player.” It is so important then for us to understand teams and how they work, especially those who achieve success – the achievement of their desired goal.

In my life I have been on some successful teams, and some not so successful teams. This includes both athletically as well as professionally. When I was growing up, I worked for seven years with the Seattle Supersonics, our local National Basketball Association team. They were at times unsuccessful, and, in 1979, my second year working there, the most successful team in the league, winning the World Championship. I have been able to see firsthand what makes the difference between the unsuccessful teams and the successful ones.

Here are some principles that I know, when implemented on a regular basis, can turn any lackluster team into an outstanding one! These principles can be applied to your family, your business, your organization, and yes, your sports team. Enjoy.

Communication Leader
The leader needs to communicate the vision. If they are setting the pace, they need to let people know where they are going so that the team can follow. The coach always does a pre-game talk, laying out the vision.

The leader communicates the vision frequently, so as to always be updating the team as to where they are at and what changes need to be made. The coach doesn’t relegate the direction he gives to the pre-game, he coaches and communicates all the way through the game.

Team
Watch a good basketball team. They are talking to each other all of the time. Helping one another out, encouraging one another, praising one another, and telling each other how they can make changes so the same mistakes aren’t made again. The same is true of successful teams in the professional world and in life in general.

Excellence
The truly great teams are teams that are committed to excellence. In everything they do, their goal is to achieve at the highest level. And this commitment is held throughout the team and at every level. A successful team cannot have members who are not committed to excellence because in the end they will become the weak link.

Followership
If you want a fascinating read, pick up The Power of Followership, by Robert Kelley. The author basically makes the point that the secret to getting things done lies not only in great leadership, but in how well the rest of the people, 99% of the team, follows the leadership. Good teams are filled with people who are committed to following and getting the job done.

Understanding Roles
Pardon the Chicago Bulls analogy, but it is so clear. When the game was on the line, with only one shot left, everyone, the coaches, the players, the 20,000 people watching in the stadium, and millions watching on TV, knew who would shoot the last shot. That was Michael Jordan’s role.

Every team works best when the members of the team have clearly defined and understood roles. Some do one thing, others do another. One isn’t better or more important than the other, just different. When teams operate out of their strengths and their roles, they win.

Fun
The team that plays together stays together. Is your team all work and no play? If you’re smart, that will change. Get your team out of the office once a month and go have some fun. Enjoy one another. Enjoy life. It will bring a sense of bonding that can’t be made even in “winning.”

Common Goals and Vision
I have found that these need to have three aspects. Short, simple and clear.

Can you say it in less than 30 seconds? Is it simple? Can you and others understand it? Does the team all know what they are working together for?