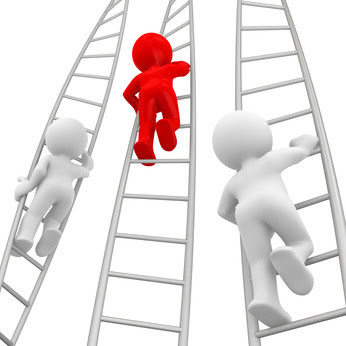 
To understand leadership motivation and apply it daily, let's understand its three critical pillars. Know these pillars and put them into action to greatly enhance your abilities to lead for quality results.

An essential feature of leadership motivation is physical action. Motivation isn't about what people think or feel but what they physically do.

When motivating people to get results, challenge them to take those actions that will realize incremental results.

When you want to motivate people, you must do more than simply communicate information. Rather, you must help them believe in you and take action to follow you.

For instance, a newly-appointed director of a large marketing department wanted his department to achieve sizable increases in the team’s results. However, the employees were a demoralized bunch who had been clocking tons of overtime under her predecessor and were feeling angry that their efforts were not being recognized by senior management.

The new director could have simply tried to order them to get the increased results. Many leaders use this disastrous approach. In the long-run they tend to flounder in today's highly competitive, rapidly changing markets.

True leadership motivation occurs when a team, instead of completing tasks because they are ordered to, complete each task because they WANT to for the overall benefit of the team leader and the organization.

Team members "want to" work hard when they are motivated and begin to believe in the leadership.

The belief is instilled by regular communication from the leader.

One team leader stated, "I want them to know that I appreciate the work they are doing and that I believe that they can get the results I'm asking of them. I want them to feel good about themselves."

As an example, one team leader asked his CEO to come into the room after his leadership motivation talk. The CEO shook each employee's hand, and told each employee how much he appreciated their hard work - physical action.

After the CEO left, the team leader challenged each employee to write down on a piece of paper three specific things that they needed from him to help them get the increases in results and then hand those pieces of paper back to him - physical action.

Mind you, that one leadership motivation talk was not the equivalent of magic dust sprinkled on the employees to instantly motivate them.

To turn the department around so that it began achieving sizable increases in results, the team leader had to give many leadership talks in the weeks and months ahead. But it was a beginning.

Most importantly, it was the right beginning.


PILLAR #2: MOTIVATION IS DRIVEN BY EMOTION

Emotion and motion come from the same Latin root meaning, "to move".

When you want to move people to take action, engage their emotions. An act of leadership motivation is an act of emotion.

In any strategic management endeavor, you must make sure that the people have a strong emotional commitment to realizing the end result.

Recently, a chief marketing officer of a worldwide services company said, "Now I know why we're not growing! Our senior leaders developed our marketing strategy in a bunker!”

The document was some 40 pages long, single-spaced. The points it made were logical, consistent, and comprehensive. It made perfect sense. That was the trouble.

It made perfect intellectual sense to all of the senior leaders. But it did not make experiential sense to middle management who had to carry it out.

Middle managers had about as much input into the strategy as the window washers at corporate headquarters. As a result, the document did not serve its intended purpose, or support executive management’s vision.

Middle and front-line employees are more effectively motivated when they can personally relate to the tasks necessary for carrying out the strategy. Only then does a business strategy have a real chance to succeed.


PILLAR #3: LEADERSHIP MOTIVATION IS NOT WHAT WE DO TO OTHERS, IT'S WHAT OTHERS DO TO THEMSELVES

The English language does not accurately depict the psychological truth of leadership motivation.

The truth is that we cannot motivate anybody to do anything. The people we want to motivate can only motivate themselves.

The motivator and the motivated are always the same person.

We as leaders communicate, they motivate. So our "motivating" others to get results really entails our creating an environment in which they motivate themselves to get those results.

For example: a commercial division leader almost faced a mutiny on his staff when in a planning session, he put next year's goals (numbers much higher than the previous year's) on the overhead.

The staff all but had to be scrapped off the ceiling after they went ballistic. "We busted our tails to get these numbers last year. Now you want us to get much higher numbers? No way!"

The leader thought, "We can hit those numbers. I just have to change their belief system!"

The team leader set about to create an environment in which the team could motivate themselves. So he had each team member assess what activities got results and what didn't.

They discovered that they spent more than 60 percent of their time on work that had nothing to do with getting results.

He then had the team develop a plan to eliminate any unnecessary work.

Once his team experienced the joy of being put in charge of their own destiny, they got motivated!

The team worked together and developed a great plan. Most importantly, they began to experience improved results.

Over the long run your career success does not depend on what schools you attended or what degrees you have acquired.

Success depends instead on your ability to motivate individuals and teams to get results.

Leadership motivation is like a high voltage cable lying at your feet. Use it the wrong way, and you'll get a serious shock. But apply motivation the right way by understanding and using the three pillars, (plug the cable in, as it were) and it will serve you well in many powerful ways throughout your career.
Posted by MAPLE DREAMS at 9:42 AM No comments: