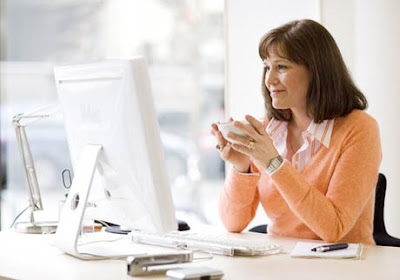 
Are you over 30 years old and stuck in a job you hate?

Do you dread Monday mornings and drag yourself in to work every morning?

Do you desperately want to leave your job but feel there is nothing you can do about it because you are too old to change your life?

Life is too short to spend hating your job. Can you imagine wasting 40 years of your life doing something that makes you miserable? That is what is going to happen if you don't start taking action NOW. You are probably telling yourself that you are too old to change your life and find the work you love. Let me tell you this, you are never too old to learn or do something you truly desire to do. There is no time like the present to start thinking about pursuing your interests, ideals and dreams.

Did you know that many famous and successful people found their true calling after 30 years of age?

1. Paul Gauguin, leading post-impressionist artist, initially worked as a stockbroker and he started painting full-time in 1883 at age 35.

2. John Grisham, one of the biggest selling authors of all time, graduated from University of Mississippi School of Law and practiced criminal law for about a decade. He left his law practice at the age of 35 in order to pursue a full-time writing career.

3. Martha Stewart, television host, author, and magazine publisher, worked as a stockbroker until she was 32 years old. At age 35 she started a catering business which changed her life and made her one of the most prominent women in America.

4. Harrison Ford, film actor and producer, was a carpenter before becoming a movie star.

I can give you many examples of famous people who changed their lives after 30 years of age and became successful, happy and fulfilled with the work they do. If that still does not convince you, read the following real-life stories of three women who prove it really is never too late.

Liz Davies was 37 years old when she founded Welsh Coast and Country Cottages. She is now 57 and her company makes a multi-million pound turnover.

Eve Davies worked as a nurse for nearly three decades before launching her own business offering personalised tours of Britain. She was 62 years old when she and her husband started to run Cambrian Routes, an award-winning specialist holiday service.

Elsie Richardson went to university at 70 years old. She was awarded an MA in counselling when she was 75 years old and set herself up as a counsellor after her graduation. She is now 82 years old and studying for her PhD at the School of Health, Community and Education Studies in Northumbria University. As well as studying for her doctorate, Elsie sits on the board of nine committees and is the vice chairman of Newcastle's Years Ahead project. She says "It's never too late to learn. I want to encourage people to go out and meet people, it's better than sitting inside the house just looking out of the window and watching rubbish on the TV."
Posted by MAPLE DREAMS at 9:39 AM No comments: