Learn To Use Your Natural Motivation 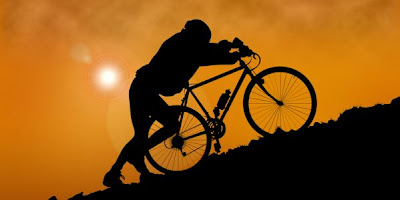 
Motivation is one of those illusive topics that nobody really understands. It is the most fundamental reason why any of us do what we do, yet psychologists to neurologists to biologists still have yet to figure out what really makes people tick.

Despite the fact that we don't know why certain things motivate us and why other things don't, if we can figure out our main motivators then we can use that information to our advantage.

Motivation is often very irrational and this is no more evident than in the following example:

Researchers at Intel Research Seattle and the University of Washington have developed a mobile phone application called UbiFit. The application is designed to increase an individuals motivation to exercise and it has been working very well.

What is the application?

Well as a child you may remember receiving gold stars from your teacher when you did good work in class. The gold star was an indication that your teacher recognized the work and effort that you put into a certain project.

The UbiFit application works from a similar premise. UbiFit gathers information from a small, wearable accelerometer and then chart's that data based in an individual's daily physical activity. Depending on the individuals levels of activity, different flowers of different colours and sizes start to appear on the background display of the users phone.

Astonishingly, the group that received this tiny reward of getting flowers on their phone had much more success maintaining an exercise routine than those who did not have the reward.

Most people that were involved in the research study, including lead researcher Sunny Consolvo, were stunned by these results. How could such an insignificant reward develop such a high level of motivation in certain individuals?

Unfortunately, as I have pointed out at the beginning of this article, nobody really knows. All that we can tell from studies like these is certain things motivate us and certain things don't, no matter how rational or how irrational that may seem.

The message for motivating yourself is to find out what it is that motivates you and then use that to get yourself to do the things that you need to do. It doesn't matter how irrational the motivation may seem, if it gets you to do what you need to do, then that's all that matters!
Posted by MAPLE DREAMS at 9:43 AM No comments: