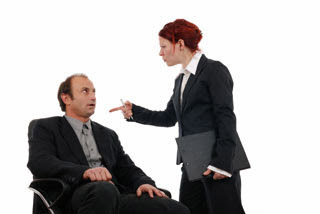 
Most leaders don't know that their actions, even routine actions, might have a stifling influence on their teams. These are the leaders that go much by the conventional rulebook and do things what they think leaders ought to do. A lot of times, they just copy what leaders before them have done. When such thoughtless acts start stunting the creativity of their team, it becomes a big issue for the leader.


Now, you don't want to fall into the trap of what many mediocre leaders do. To save yourself from it, here are five things you have to be wary of. These are the things leaders do by which their teams' creativity is stifled; avoid them by all means.


Some leaders think too much about 'their way' of doing things; so much so that they don't even want to give a chance to other people in their team to try out things. They are too set in their own ways; they don't even take suggestions from other members. This way, you are as good as shouting out to your team-"Don't try out anything new here; I am the only one who should think!"

Another way in which leaders retard the creative expression of their team is when they put too much emphasis on their own experience. These leaders speak a lot about how experienced they are and make that as a reason for everyone to obey them without thinking much. It is all right to let people know that you are experienced, but it is not all right to tell them to shut up and obey you blindly just because you are more experienced than them.

A third way by which leaders can stifle their team's creativity is by being too elaborate, like when they are describing a particular assignment. Now, one might think why being too detailed can be a problem. Well, it is a problem because when you are too detailed, you are almost spoon-feeding your team and not giving them a chance to think about it! Whenever you want to speak to your team, keep the open-ended approach. Ask questions, invite suggestions and opinions. Let them think too.

These are the ways in which most leaders stunt the creative development of their team and that becomes a big problem for them later on, because the team just stops thinking! Leadership coaches always suggest leaders to make their team members participate in every possible way and give their inputs so that their creative minds stay well-oiled all the time.
Posted by MAPLE DREAMS at 9:45 AM No comments: