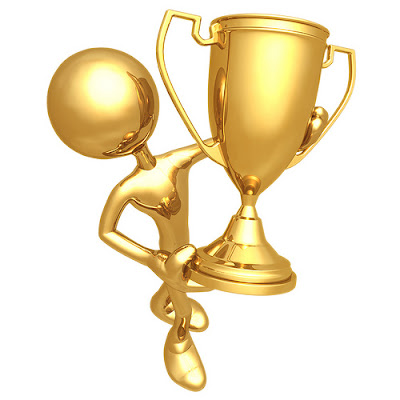 One of the most memorable soccer matches I have ever watched was the final of the soccer events of the 1996 Atlanta Olympics soccer events for male. It was a match that saw Nigeria going up against hot favorites Argentina.

Most sports commentators never gave Nigeria a chance to win the gold medal, as they knew the Argentinians were far more experience.

At the end of 90 minutes however, the Nigerian Olympic soccer team, who were then referred to as the Dream team one, overwhelmed the Argentine team 3-2. The Joy of winning gold was so obvious, as the players danced round the pitch waving Nigerian flags.

What made the team thick? What were the winning qualities that saw them brushing aside Brazil in the Semis and Argentina in the finals?


The never gave up

Football is a game that is played for 90 minutes, and like people use to say,: "it is not over until it is over". The team never gave up even when they were down against Argentina. They came back from 2-0, to equalize the game 2-2, before super substitute Emmanuel Amunike scored the winning goal in the dying minutes of the 2nd half. One of the qualities of a winner is the ability to hold on and never to give up. When you give up, you admit defeat.

A winner is someone who is 100% focused on the goal to be achieved and begins to focus all his energy and resources towards that singular goal. The Nigerian team was focused right from the very first match against Hungary. They defeated their rival 1-0 and that same focus saw them all the way to the finals. The reason why many people are not successful is their inability to focus.

They had the right mental attitude

Having the right mental attitude will ultimately set you on the path of success and victory. It is not enough to declare that you are a winner, when on the inside you do not have the winning mentality. Winning starts from the inside and manifest on the outside. As a team, the Dream team one of Nigeria, were mentally strong. They were loosing 3-1 against Brazil in the Semi Finals, before they used their mustered enough mental strength to come back into the game and eventually triumph over the best team in the World.

They were passionate about winning

Winning is all about passion. The more passionate we are about something, the more energy, time and resources we channel into it to ensure we succeed.
Lack of passion will spell doom for any individual who desires to succeed in life. The passion to win the ultimate prize at the 1996 Atlanta Olympic soccer event overwhelmed the team and they eventually got what they desired.

They were not satisfied with Silver or Bronze

Silver and Bronze are good reward for hard work, but Gold is the best. If we are satisfied with been second best, we will not aspire to become the best. The Nigerian team were not satisfied with Silver or Bronze, and that urge to go for Gold gave them the edge over other competitors. The ability to hunger for the best and refuse anything else, will set us on the winning track. Why must you settle for peanuts when you have the ability to create unlimited wealth for yourself? Why must you be directed to do something when you can become the director of your own profitable business? Hunger for the best and you will be satisfied with only the best.

Posted by MAPLE DREAMS at 9:43 AM No comments: