Are You Really Focused on Achieving Success? 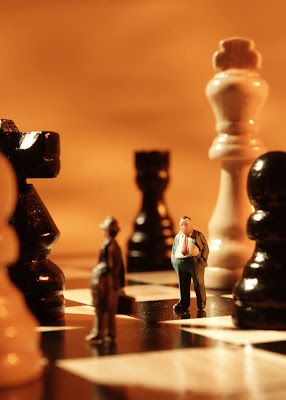 
In the preface to "Ca$hvertising" author Drew Eric Whitman tells a great story about a reporter visiting a Zen master. Instead of allowing the Zen master to speak, the reporter was doing all of the talking. The Zen master was pouring tea, and allowed the cup to overflow. The reporter noticed the cup was overflowing and asked why the Zen master continued to pour. The master replied:

This teacup, like your mind, is so full of ideas that there is no room for new information. You must first empty your head before any new knowledge can enter.

My husband marvels that I do not recall many facts from history. But as I told him one time, I see no reason to hang on to information that isn't helping me move forward. Why dwell on the past? So now I have an even better response! I forgot because I was making room for new information.

My mentor, Michael Dlouhy, often tells us that when you get to spend time with someone who has knowledge that could help you, LISTEN. Be a sponge and absorb new ideas. If you do all of the talking, you have missed a great opportunity. To take advantage of times like these, you need to be living in the present moment, not dwelling on the past.

In my email from the Napoleon Hill Foundation today, they made the point that whatever is repeated to you often enough, you begin to believe. This applies to both what other people say, and what you say to yourself.

When you have a chance to learn from someone who is positive, listen to them. They will help you strengthen your belief in yourself. This happens to me all the time when I listen to Michael's conference calls. On the other hand, do NOT waste your time listening to negative people, as it will have the opposite effect.

When you are not listening to others, you can listen to yourself. What do you say to yourself? Is it helping you move forward? All too often we say things like:


I am not getting the results I want
I just wasn't cut out for this
I never seem to get ahead
Why is that other person doing better than me?

This is NOT helping!

Remember the story of the little engine that could? Even that isn't positive enough. You don't need to say "I THINK I can" you need to say "I KNOW I CAN!"

And you need to go even further than that. I know I can...what? In "Think And Grow Rich" Napoleon Hill teaches us how to write that statement of affirmation we need, and also that we need to visualize our results and mix positive emotions with them. He suggests saying your affirmation twice a day. Michael suggests 100 times per day, until it automatically plays in your mind over and over.

Do not let the wrong people, and dwelling on negative past experiences, program you. Make room for new ideas, allow positive and successful people to program you, and program yourself for success as well.
Posted by MAPLE DREAMS at 9:42 AM 1 comment: