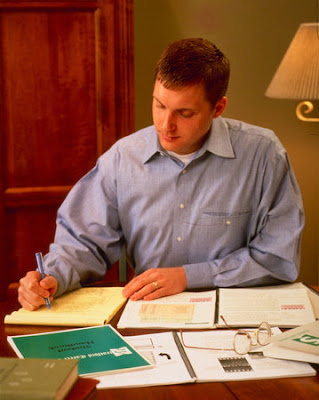 
Work, of course, is defined as moving mass through space...so much for science. Literally tens or even hundreds of millions of people on this planet do this every day. From the lonely, shoeless worker in a ricepaddy in Thailand to the taxi driver in New york City to the crane operator building a skyscaper in Dallas, Texas...they all fulfill the definition of a worker. They all have a way of moving mass through space and they all receive pay for their efforts....walking a treadmill to pump water from an irrigation ditch...transporting a passenger down Broadway...seeing another floor take shape in a building. And most of them derive some degree of satisfaction from doing the work and, perhaps, seeing the fruition of their efforts. The really lucky...or maybe, the smart...ones find a way to bring a measure of creativity or invention to their work and thereby enhance the quality of their lives while engaged in that work. They find ways to keep the juices flowing and make the load a little less heavy and help the time to pass more quickly.


An acquaintance of mine...sort of a distant acquaintance since I have met him briefly but twice...but whom I feel I know through his talks and seminars...is a quite important member of the internet marketing team that I and my wife have tapped into. He has managed to refine his workweek into a relatively short period of intense and concentrated activity. Apparently, he has a fairly large house and some time ago either he or his wife brought up the possibility of putting shutters on the windows. nineteen pairs he would need...quite a few and the ones he fancied came in at almost a thousand dollars a pair!! Yeh...some shutters! Well he'd worked...there's that word again...with tools all his life under his father's tutelage. So he decided to "go creative" and purchased $2,000 worth of materials and went at it. Almost a whole summer was consumed, part-time, in the creation of these 38 shutters and the question is: why did he do it? Well, first of all, he wanted to do a service for his lovely wife and family. That was the main reason he articulated in his little talk. Also, they added such atmosphere to the home. Those were the reasons he gave for doing the project. But I suspect there was more to it than that. I think he truly enjoyed the process, the creation of something tangible...with his own hands. He presented them as a gift to his wife and family and nobody paid him to do it! Sure, a couple of power tools crashed and burned in the course of the summer...he got a few barked knuckles and one deep cut in his hand. but that goes with the territory, as the saying states. I'll even wager he could have afforded those shutters. I know he could have.


The only remaining question is: was it work? According to the formal definition, one would have to answer, yes. Would he call it such? Not likely! Remember, I said that I believed he really enjoyed the process and the reward as reflected in the eyes of his loved ones. That made it worth...more than worth...the hours spent being creative and doing what he wanted to do.


There is a piece of advice that was given me many years ago by a unique lady in the person of Sarah Caldwell. I say unique because when she was made, they broke the mold. there are a number of people who might say that the mold was broken while she was being made! Anyway, she seemed to take a shine to me and gave me quite a number of opportunities to appear with her opera company in Boston. Oh yes, the advice! She said, "Billy"...she always called me Billy when I was in her good favor..."Billy, find out what you really love to do in this life and then con someone into paying you to do it." I've never forgotten that bit of counsel and managed to have a respectable career doing what I loved to do: perform on the operatic stage and I've had some wonderful and memorable moments to look back on. That seems to be history now, but I'm still dancin' just as hard as I am able in other parts of the "show biz" world and am involving myself, along with my lovely lady, in the field of internet marketing....could it be just another aspect of show biz....maybe!
Posted by MAPLE DREAMS at 9:50 AM No comments: