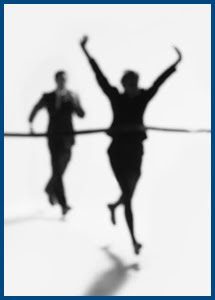 The fundamental glue that holds our society together is the quality of character. It is the foundation of happy families, companies, and organizations. It assures survival, civility, and blessings of a peaceful cooperation. Your character is the crystallization of your true values and beliefs, your innermost convictions. As Ralph Waldo Emerson said with regard to character, "What you are shouts at me so loudly that I can't hear a word you say."

Choices and Decisions
Everything you do in life involves a choice, a decision on your part. Because you have so many options, you are constantly choosing among alternatives, between what you value more and what you value less. Your choices and actions tell you and others what you truly value the most, or intend that reveals your character. It is only what you do at the moment of choosing, especially when you have to choose between what is right and what is expedient.

The Core Quality of Character
The core quality of character is integrity. This can be measured by how absolutely honest one is with himself and others. The depth of your integrity largely determines the strength of your commitment to each of your other values. A person of great character is one who would never compromise his or her "sacred honor" under any circumstances.

The Measure of Character
Strength of character can be measured on a scale from one to ten, from lowest to highest. In addition, each separate quality or virtue can be organized on a scale of intensity from one to ten. How high a person ranks on the scale of one to ten in any particular virtue and in the measure of character overall is determined by the percentage of the time that individual practices that quality throughout his or her daily life.

Justification and Rationalization
Most people know there is something inherently wrong with taking free money, with living off the government, with being dependent and making no contribution to the society in which they live. To compensate for this deep inner feeling of unease, people who are getting something for nothing create elaborate justifications and rationales to explain to themselves, and to others, why they are entitled to this free money. Every rationale or excuse comes back to the same explanation, those people have low moral character.

The Need to Lead
The greatest need we have today, in every area, is for men and women to practice the values of integrity, discipline, responsibility, courage, and long-term perspective, both as individuals in the workplace and with their families. These are the key qualities of leadership. Our society needs leaders at all levels that have high moral character, and know the difference between right and wrong.

Action Exercise
The true mark of the superior person is that he sets high standards for himself and refuses to compromise those standards for any reason. He sees himself as a role model for others. He behaves at all times as if everyone were watching, even when no one is watching. What high standards do you want to uphold in your life and business?
Posted by MAPLE DREAMS at 10:14 AM No comments: